A Flower of Kent apple tree which produces cooking apples earned itself a page in science history rather than a recipe book when one of its ripe green fruits dropped to the ground in front of a young mathematician, astronomer and physicist.

Since known as the “gravity tree”, Isaac Newton credited witnessing this natural action with giving him pause to think about why everything always falls down and not sideways or upwards.

Visitors to his birthplace Woolsthorpe Manor, near Grantham in Lincolnshire, as we were today, can still see the tree, or at least the one that re-grew from the original’s roots following a storm in 1820. 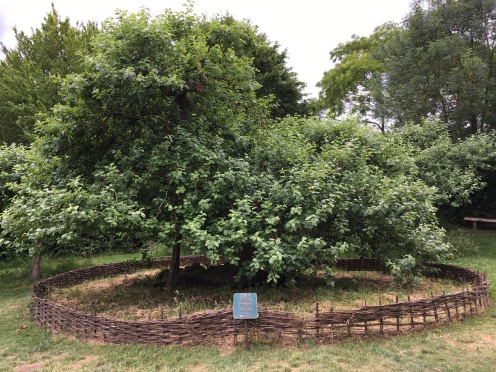 Certified by the Tree Council as one of 50 Great British Trees, it is now surrounded by a low barrier precisely to protect those roots.

Along with the chance to be inspired by the tree and play hide and seek in its surrounding garden, the National Trust property also maintains the small farmhouse which, as well as telling “a story of Isaac in every room, from his premature birth to his time as President of the Royal Society”, also houses a hidden mouse in each room for its younger visitors to find – very enthusiastically in our case as, after completing the task at speed, the minis wanted to search for them all over again.

And, alongside a children’s activity room, there’s also a Science Centre where you can make your own discoveries in light and gravity (as well as buy your obligatory day out ice cream from the adjoining cafe). 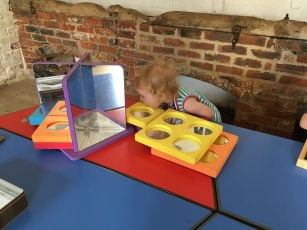 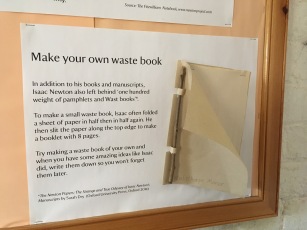 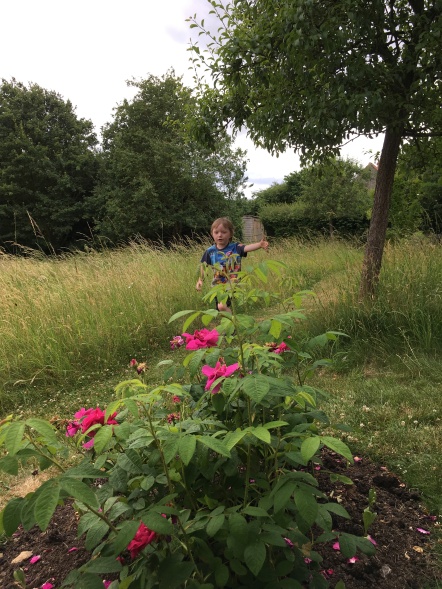 I particularly enjoyed the short film (at least the start of it as one of my own minis’ needs prevented me making it through to the end) which imagines Newton’s life narrated by his mum, worrying for her different, strange child who wasn’t very good at farming.  You want to somehow let her know, from one mum to another, it’s going to be all right, he’s not just going to do quite well for himself after all – he’s going to change humankind’s understanding of the universe (with thanks to the tree of course).  Not bad for a mini one.