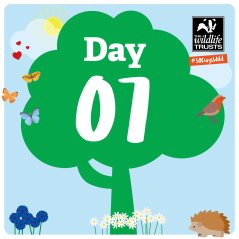 Willow had probably one of her favourite breakfasts ever this morning as we made more edible snails.

Still no molluscs were harmed in the making of them and they were a lot more simple than yesterday’s baking efforts.

As suggested on the White Rose Maths website to accompany its The Snail and the Whale activities, these snails just involved a mini wrap, chocolate spread and a knife. 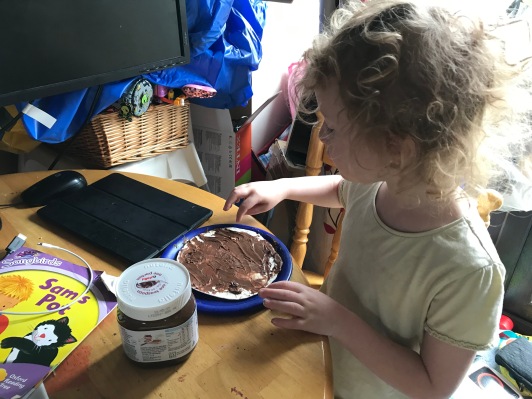 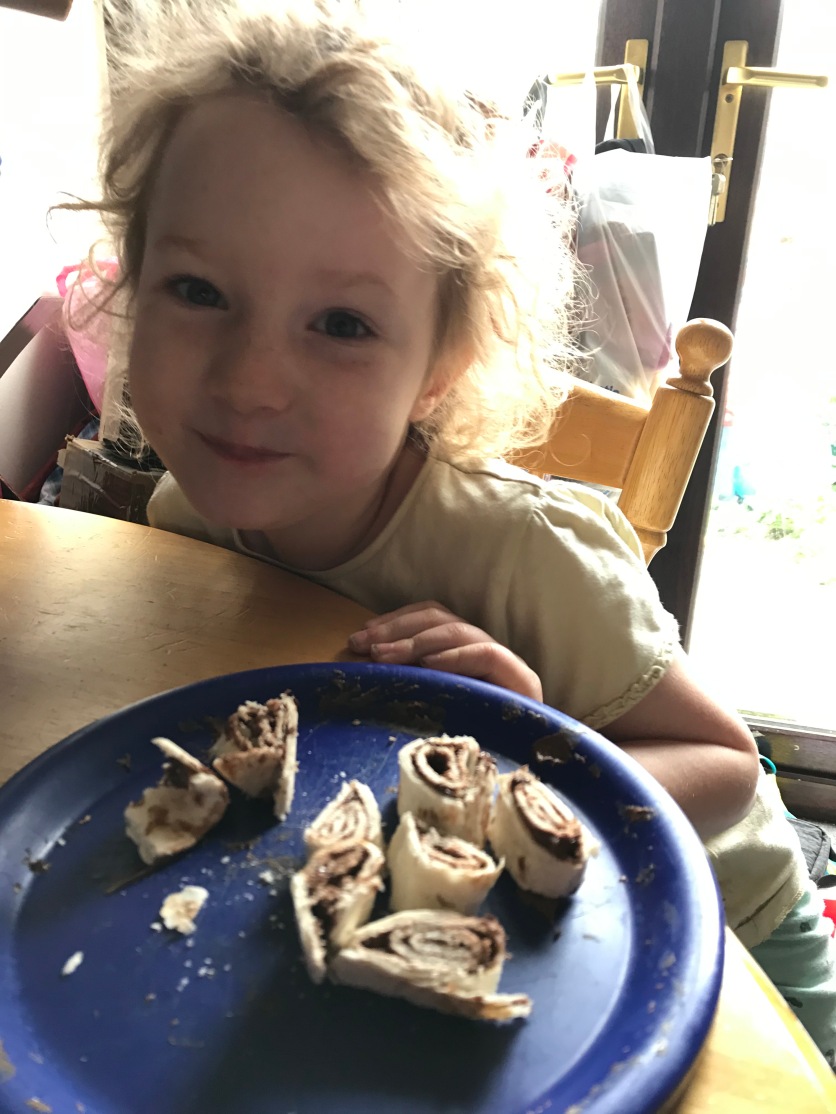 The chocolatey treats didn’t last long on the plate but I think she took in the spirals she’d created at least a little before ingesting them as quickly as possible.

We also took a look at where we can find spirals elsewhere in nature including fossils, galaxies, tornadoes, whirpools and fingerprints.  Then we tried discovering spirals at home and found a fridge magnet, her hair curls and a toy ice cream topping.

After cutting out a springy spiral and doing a snails’ quiz (thanks to Twinkl printables) and drawing her own spirals, hopefully we’ve suitably engaged in the subject at least to reception level – we might leave Fibonacci for another day.

We also finally had an attempt at the vinegar and baking soda volcano experiment today too.  After declaring we were going to do it we discovered we didn’t have that much vinegar left after all but there was no going back at that point.  It may have been a little bit of a damp squib in the end but there was at least a small eruption and I think we’re going to tick that box and move on…