*EDIT: Since this post was published Melinda Messenger has had to withdraw from this year’s pantomime*

The New Theatre Royal in Lincoln has announced some of the stars of this year’s pantomime this week.

Running from December 3rd, 2019, to January 5th, 2020, the production of Robin Hood will welcome both familiar faces and new celebrities to its Clasketgate stage. 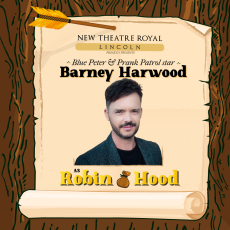 Barney Harwood returns to the city as the brave hero Robin Hood.  Last year’s Huntsman in Snow White, the winner of a Children’s BAFTA for Best Presenter will be wielding a bow and arrow this time. 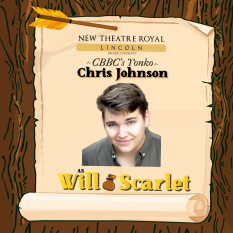 Also back by popular demand is Chris Johnson who will play Will Scarlet.  CBBC’s “Yonko” has been a regular in both Christmas and Easter pantomimes at the New Theatre Royal since Cinderella in 2017.  Speaking about returning to Lincoln Chris says, “The thought of once again spending my festive season at the New Theatre Royal makes me a very merry man indeed! In fact, I’m all aquiver!” 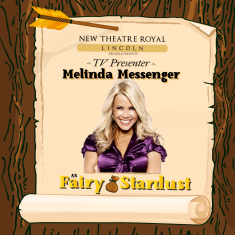 Model and presenter Melinda Messenger is heading the list of new celebrities due to tread the boards.  Performing the role of Fairy Stardust, Messenger says, “Panto is such a great Christmas theatre tradition that the whole family can enjoy, I really love the warmth and laughter it brings to everybody and can’t wait to work with Natalie and the team at the New Theatre Royal in Lincoln”. 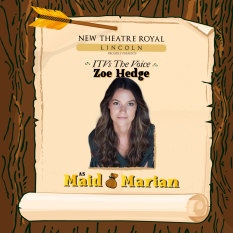 Rounding up the star casting is Zoe Hedge as Maid Marian.  Zoe appeared on The Voice UK (2017) as one half of the duo Capital B, who were chosen to be on Sir Tom Jones’s team.

The theatre’s visitors can expect this Christmas season to be full of laughs, boos and audience participation for all the family to enjoy.  Artistic director Natalie Hayes-Cowley says, “Robin Hood will be filled with high energy dance routines, outstanding vocalists, comedy and, of course, added surprises in the script for those stand out wow moments.  Perfect entertainment for all the family this festive season.”