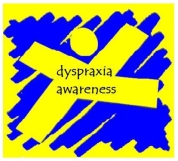 It is described by the Dyspraxia Foundation as “a form of developmental coordination disorder (DCD) is a common disorder affecting fine and/or gross motor coordination in children and adults. It may also affect speech. DCD is a lifelong condition, formally recognised by international organisations including the World Health Organisation.”

Hitting the headlines at the moment as the new Doctor Who series features a character with the condition, Faith didn’t need the science-fiction series to tell her that people with the condition can be out of this world with talent because many of her fellow Zebedee Management models continually prove that, whatever challenges their diagnoses present, they can’t help but be fabulous.

Joseph H
“Joseph was diagnosed about three years ago with Dyspraxia and motor oral dyspraxia” says mum Karen.  “It was quite difficult getting the diagnosis as he has Down’s Syndrome and some of the common “traits” are very similar.  He really struggles with coordination and gross/fine motor skills.  He falls over often and cannot coordinate riding a bike, he can either pedal and not steer or steer and not pedal, he cannot proceed the two together. He can use a spoon but struggles with a knife and fork, and really struggles with things like buttons, zips, writing and balance.  His oral dyspraxia affects the way his lips, tongue, palate and mouth function making speaking and eating difficult and hard work for him. However he will always try his best to overcome any difficulties in anyway he can.”
Follow him on Instagram @joseph_hale_zebedee_model

Kiarni O
“Kiarni was diagnosed with dyspraxia later than his previous disabilities but it is one of them he struggles the most with, it’s a daily struggle!” says his mum Angie.  “He is unable to use knife and fork, constantly trips up or bangs into things, at school he finds it hard to write and keep up with his peers as unable to hold a pen in a tripod grasp so uses a laptop to do his work.  But to the eye it is hidden so raising awareness helps others understand the person more.”
Follow him on Instagram at @Kiarnioxley_zebedeemodel

Want to find out more about Zebedee Management’s journey?  Read: Making the opportunity to be represented.