It’s always nice to hear other people back up your own opinions isn’t it?

So it was lovely to hear another two mums chatting about how fabulous the arts centre is too whilst we were sat in the auditorium waiting for curtain up.

Whilst the venue in Free School Lane, Lincoln, programmes shows and activities for children all year round this programming inevitably increases during school holidays and Willow, Faith and Mummy Malpi were taking advantage of the half term’s showing of Marty MacDonald’s Toy Machine when we overheard the mums praising the Drill Hall’s family-friendly features.

And Willow definitely enjoyed that day’s show too, joining in with the well-known songs included in the show such as Old MacDonald’s Farm, Twinkle, Twinkle Little Star and the Hokey Cokey.  It was so nice to see a show advertised for age 2+ as well rather than the more often 3+ or 4+.  And she even had the chance to meet Sally the Scarecrow after the show too!

The following day we were back to enjoy the Diddy Disco.  This time Luke joined us and Grandmum came too because I’m not brave enough to take all three of the mini ones on my own yet.  Was just as well as Luke turned out to be having an excitable day and Willow was determined to get her groove on so they weren’t often in the same area at the same time for long although they did both like joining in with Sleeping Bunnies in between the pop songs as well as delving into the dressing up box in the cafe area. 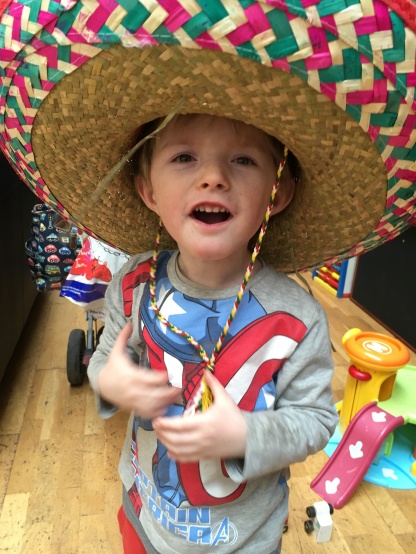 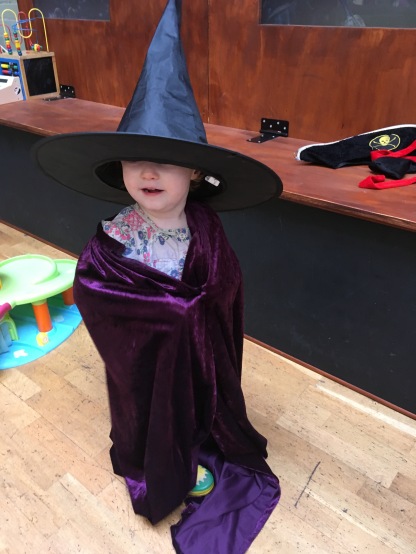 And we were back again at the weekend, this time it was Grandmum’s choice for the appropriately titled Granny’s Game by Rhubarb Theatre.

Promoted for age 5+ it was a bit of a gamble for us but we know that Luke has enjoyed one of their previous shows and their trademark mix of physical theatre and use of transformative staging and props is his kind of thing.

Snakes turned into an elephant and a bed changed into an Egyptian sarcophagus as we followed two children whose board game comes to life and they have adventures in a variety of different countries and their audience of mini ones were giggling along at the humorous moments from the start – ours particularly liked the butterflies.  Rhubarb Theatre opened up the stage to their young audience at the end too so they had the opportunity to explore the props and ask questions about the staging including the projection technique which turned out to be delightfully old school.  Anyone else remember overhead projectors from their school days?

Faith either slept or fed through all these events so we’ve got lots of reasons to keep going back so she can join in in the future.

The Lincoln Drill Hall includes children’s events in its year-round programme as well as during school holidays.  View its latest season calendar by clicking here.